You are here: Home / Featured / Can Sea moss make you sick? 14 Side Effects of Sea Moss to Watch Out for

Can Sea moss make you sick? 14 Side Effects of Sea Moss to Watch Out for

If you have ever used sea moss, you have probably noticed some side effects. Although, this may sound a bit surprising to many of us, but a lot of people experience adverse side effects with many types of sea food, including sea moss.

However, for those of us who consume sea moss regularly, we may notice these side effects only during the initial course of use. But it is not an uncommon occurrence to notice occasional sea moss side effects or allergies.

So, can sea moss make you sick? Sea moss can have a range of side effects so they are worth learning about. This would enable you understand how your body reacts to it and make you better informed on how best to manage it.

Under certain conditions, sea moss can make you sick. Sea moss have often been reported to have a whole range of side effects ranging from mild effects like bloating, constipation, diarrhea, abdominal cramps, headaches, fatigue, changes in menstrual cycles to more severe cases like acute anaphylactic shock.

I’ve experienced quite a handful of these effects that made me go the extra mile to research more about it. So, in this article, we will look at:

Can sea moss make you sick?

Sea moss can make you feel sick especially if you are new to it. Sea moss side effects can range from a whole lot of gastrointestinal tract symptoms like diarrhea, bloating, constipation, to other minor symptoms like fatigue, headaches, break outs, cough, and even menstrual cycle disturbances.

Oftentimes, many of these symptoms are caused by the presence of Iodine. Iodine is found highly concentrated in sea moss. DI-Iodothyronine (DIT), a product of the breakdown of T3 (a thyroid hormone) is found abundantly in sea moss.

These hormones play a role in many of the symptoms we experience when using sea moss. Many of these symptoms are similar to symptoms of thyroid hormonal imbalance or regulation.

For this reason, sea moss has been used from time immemorial to treat cases of thyroid imbalance. 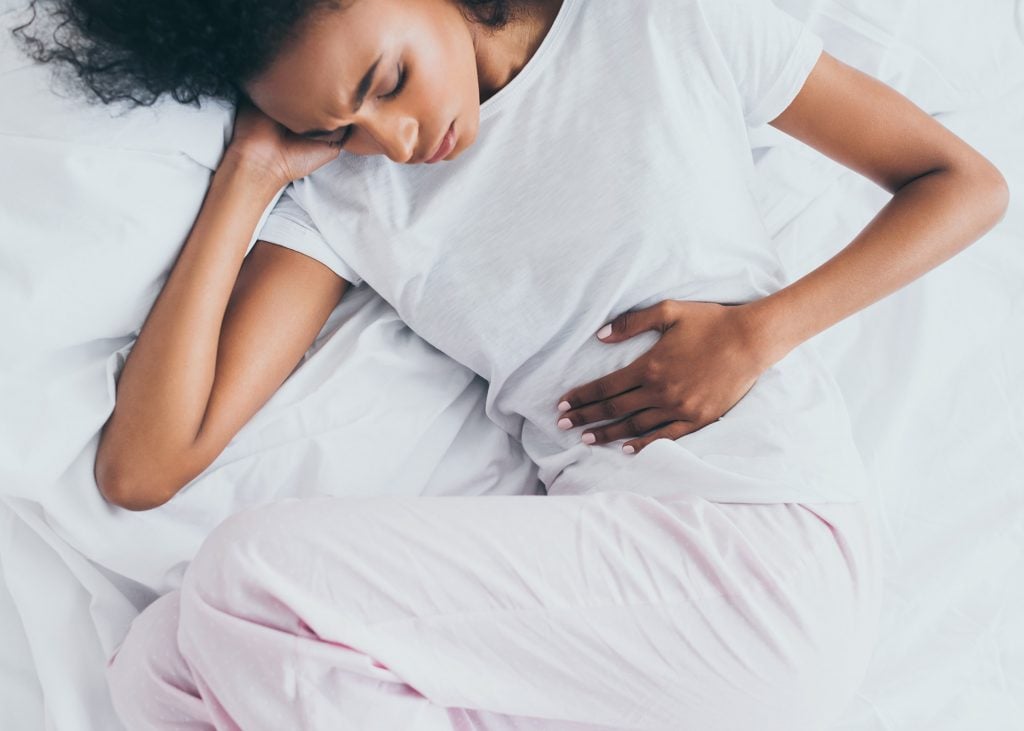 However, these symptoms are notably common for people with hyperthyroidism. Excess iodine may fuel the thyroid and create unwanted effects on thyroid regulation. So, its safer to begin with only little amounts of sea moss when starting out and gradually work your way up to the dosage your body can handle.

Let’s take a look at how sea moss can really make you sick.

How does sea moss make you sick?

Sea moss can make you sick in so many ways. Although they are often mild, a majority of the immediate symptoms experienced are gastrointestinal, but it can range from mental, physiological to even neurological symptoms.

Gastrointestinal side effects of sea moss

Sea moss has a whole lot of side effects that are easily noticed in the GI tract. Symptoms include diarrhea, constipation, bloating, nausea, vomiting, farting, burping, gassiness, frequent urination, and stomach cramps.

While some of these can be minor, some others often become severe and can last several days. 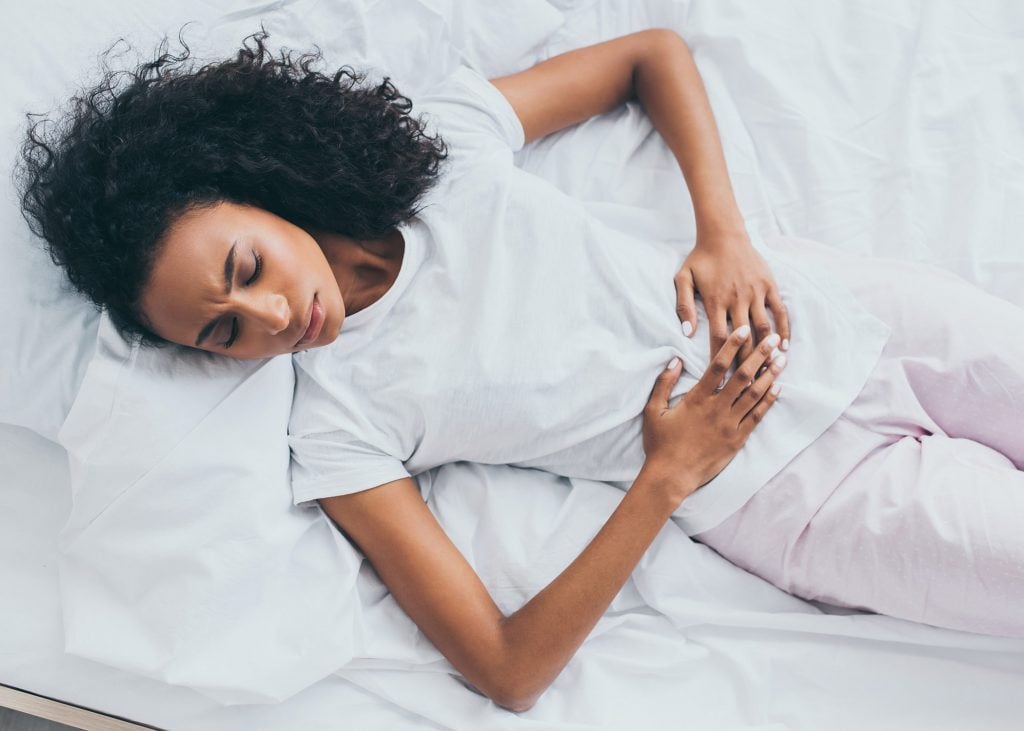 If you are unsure of how your body will react to sea moss, be sure to take only small amounts of sea moss, not more than 1 teaspoon gel. After a couple of hours or days, observe how you feel and then, gradually grow to your tolerance level.

Does sea moss make you gassy?

Does sea moss make you fart? Sea moss can often make you feel bloated and gassy a few days after taking it. But this is nothing to worry about as these symptoms often subside within a few days.

Because sea moss often makes you gassy, you’re likely to fart all the time. For the most part, its best to stay home or indoors when starting out on sea moss for the first couple of days, as it can give you a whole lot of gastrointestinal and bowel disturbances.

Sea moss contains a lot of fiber that keeps you fuller for longer. It also inhibits appetite, so it’s not an uncommon occurrence to take sea moss and not feel hungry for long hours.

This effect is oftentimes a good thing because it is great for weight loss. Sea moss can indirectly make you shed some pounds as it limits binge and emotional eating.

Can sea moss make you constipated?

Sea moss can make you constipated after a few days after taking it. Stool has often been reported to be “yellowish” with increased food sensitivities.

Can Sea moss make you Poop?

It’s a little worrisome to get to use sea moss for the first time and get awful, unpleasant effects. Can sea moss make you have diarrhea?

Sea moss is a natural sea weed that contains a lot of fiber. This fiber is very beneficial for gut health. So, sea moss can make you have a bowel movement. Sea moss is able to aid digestion and move stool through your GI tract. The fiber aids this process, and it’s easier to poop.

In fact, it has often been used as a great natural laxative.

If taking sea moss for the first time, try to stay home for the day and watch how your body react to it.

Taking too much an amount of sea moss can make you feel sick to the stomach. You may experience nausea and vomiting, or stomach cramps. 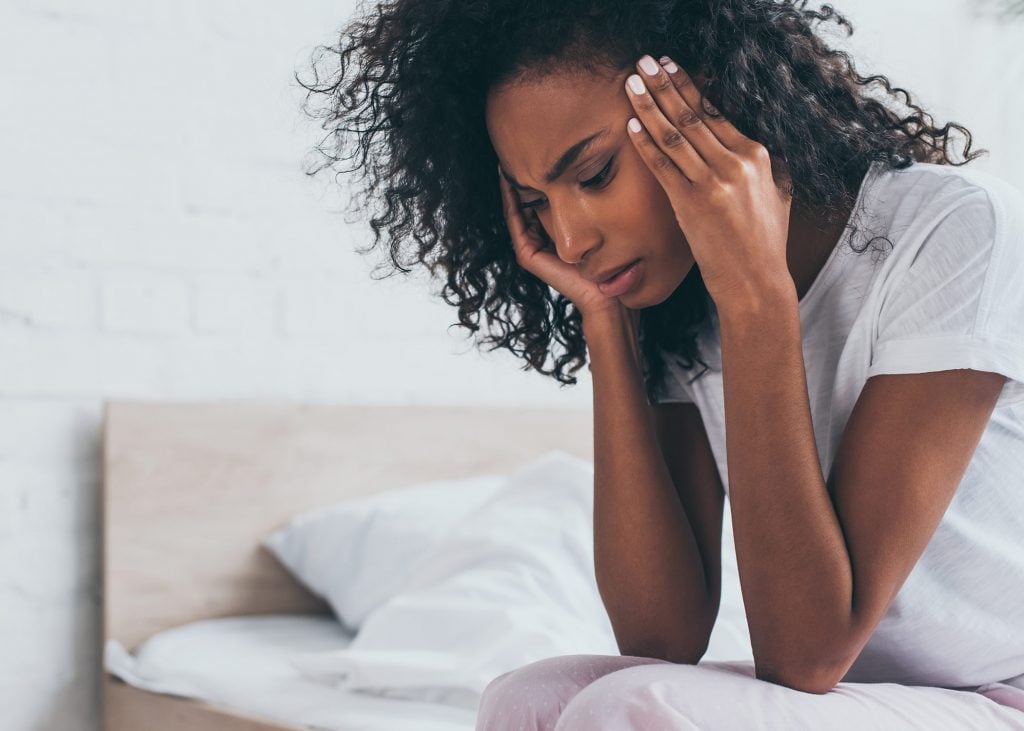 While many of those symptoms are perfectly normal and usually subside within a few days, it is safer to discontinue taking sea moss if you experience them for longer than 2 to 3 weeks.

If you feel nauseous, try to increase your water intake. Alkaline water made from key limes helps a lot and you’d feel fine after a few hours.

Sea moss may lead to vomiting if you experience nausea. Taking sea moss alone or on an empty stomach can often cause nausea and vomiting.

Rather than take alone, I advise taking sea moss as an addition to smoothies, teas, soups or porridges, especially if you always feel the need to puke or feel nauseous .

And if you are starting out for the first time, begin with no more than 1 teaspoon sea moss gel and gradually work your way up to 1 to 2 tablespoon maximum daily.

Can sea moss make you tired and Sleepy?

Can sea moss make you tired? Sea moss will often make you fatigued. You may find that you unusually feel tired, drained and sleepy. Sea moss could get you dehydrated, as it is a natural diuretic, so it’s best to take enough water while taking sea moss. 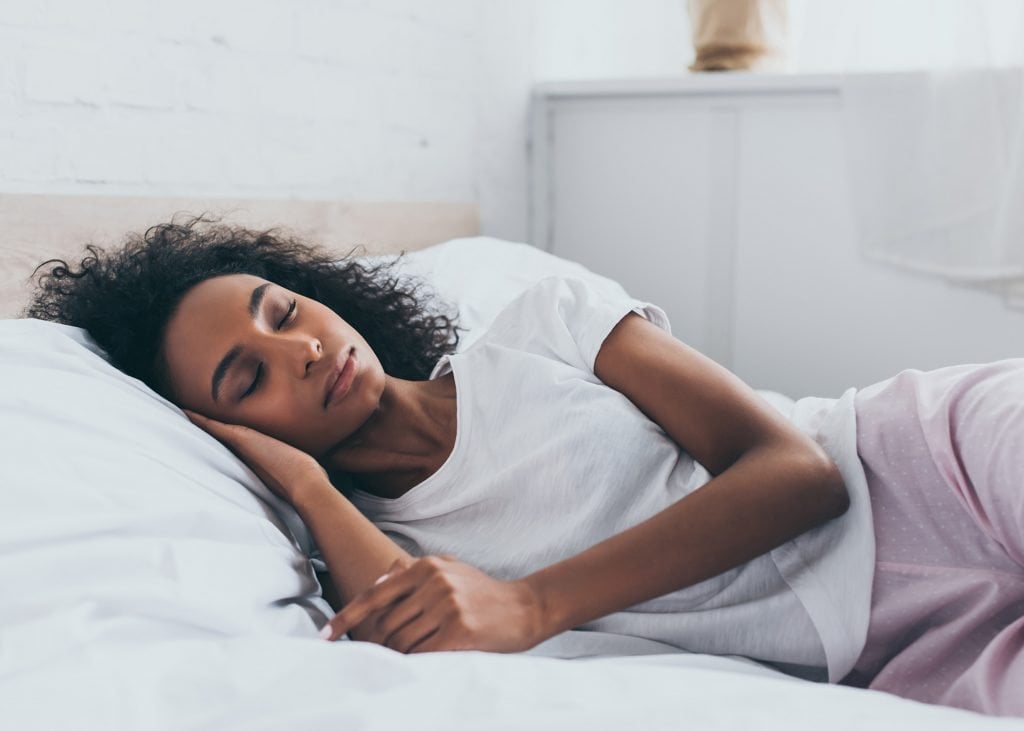 Sometimes these are detox symptoms that usually go away after a few days. If you often feel drained, tired and sleepy while on sea moss, try to get a lot of rest and drink enough spring water or homemade fruit juices.

Does sea moss make you dehydrated? 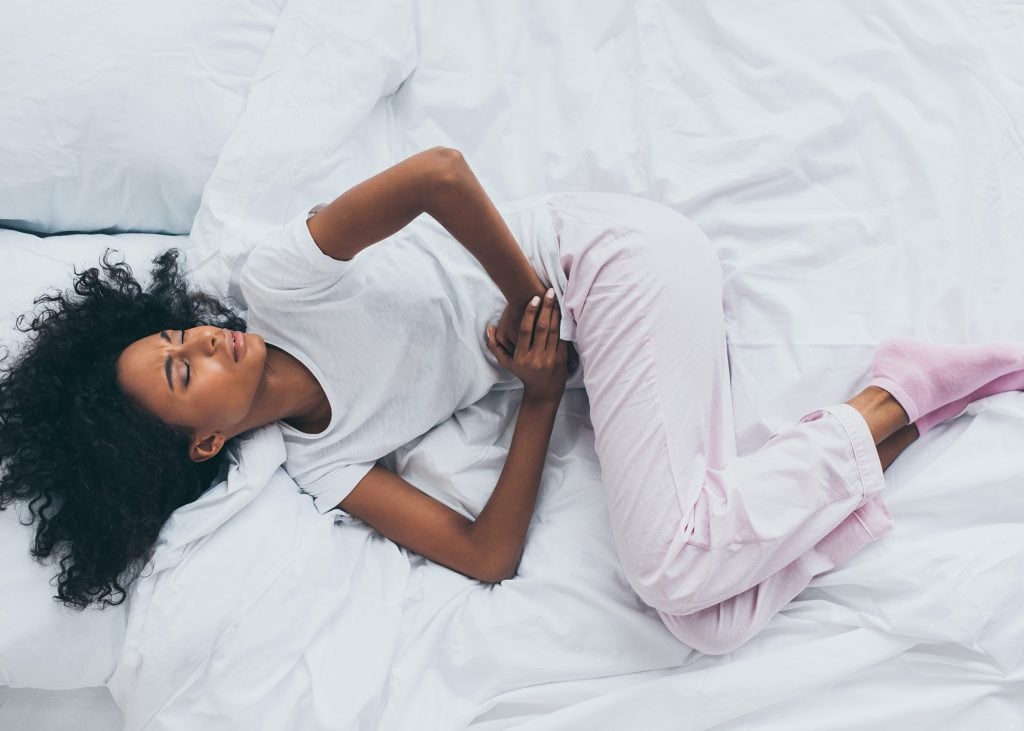 Because sea moss works a whole lot on the GI tract, its immediate effect are often felt in form of cramps in the abdominal region. This is probably the very first symptom you’ll notice. However, most people often report this effect as a feeling of being “full”.

Can sea moss make you itch? Sea moss can cause minor itching and break outs. This itching is often allergic as sea moss contains small amounts of Sulphur, in addition to iodine and other hormones that can impact autoimmune response.

Can sea moss make you break out?

Sea moss contains some nutrients that can make you break out in a rash. The rash can range from minor dermatological spots to severe acne-like break outs. This effect has its culprit in the Iodine content of sea moss, but sometimes could be an allergic effect and is common amongst hyperthyroid individuals and those with sulphur/sulfa allergies. 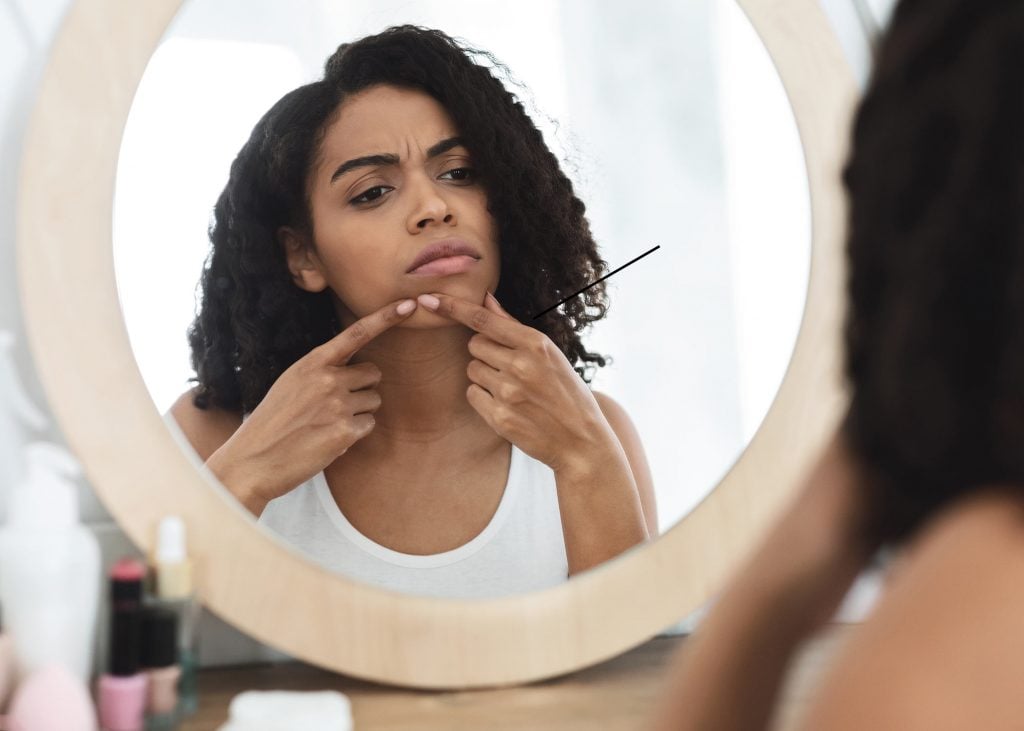 ‌Sea moss have been reported to have minor side effects on menstrual cycles. Because sea moss plays a great role in hormonal balance, it is not unsurprising that there could be hormonal disturbances with menstrual regulation, however this is promptly balanced within a few cycles.

Does sea moss cause headaches?

Sea moss often have some neurological side effects that can be linked to the brain and central nervous system. So, you may often experience headaches, dizziness, migraines, and lethargy. 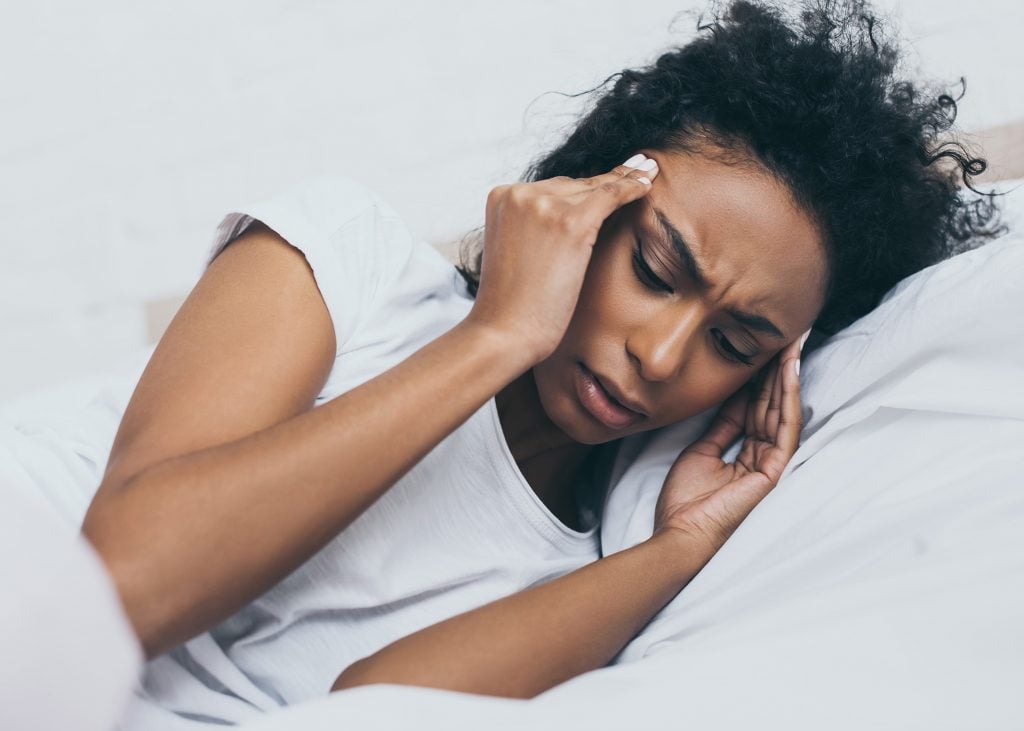 Does sea moss make you urinate a lot or change urine color?

Sea moss is a natural diuretic and so, it increases frequency of urination. In addition, it typically changes urine color from deep or golden brown to a lighter shade.

How Often Do People Experience Sea Moss Side Effects? A Survey

So, we conducted a survey asking what particular side effects people who have used sea moss noticed.

While analyzing the data, we found out that 63% of people said they have experienced at least one side effect when they started using sea moss

I suspect in reality, that the actual figure for this is higher. So, side effects associated with sea moss could be fairly common and usually not a thing to worry much about.

On the other hand, 37% of respondents said they never experienced any side effects with sea moss.

Again, of the 63% who experienced various side effects from sea moss, a majority 46% noted that a majority of the symptoms they experienced were gastrointestinal.

Again, this could mean that one of sea moss most notable side effects are those that affect the gut, such as diarrhea, constipation, bloating, gassiness, stomach cramps, etc. Headaches, fatigue and itching were also fairly common complaints.

When asked what they think could be the reason for the side effects of sea moss, while 38% believed it was due to allergies. The allergies they believe aggravate these side effects include

A majority believed consuming fake or pool grown sea moss may cause, worsen or aggravate unwanted side effects. However, the other 15% believed they’d be just fine once their body for adapted to it. 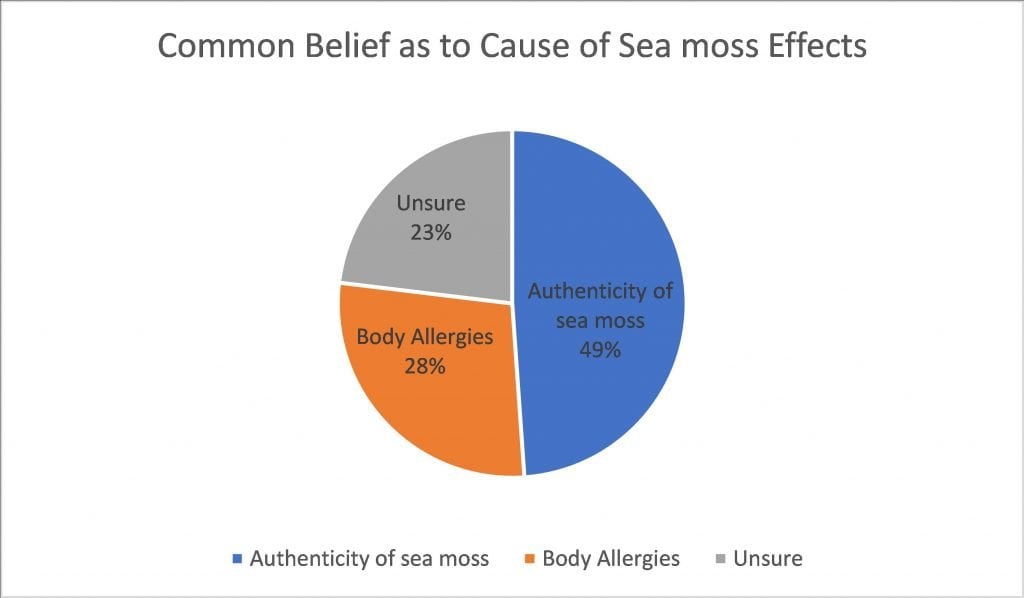 Sea moss has been shown to have certain side effects but these effects are often not defined and can range from a whole lot of gastrointestinal disturbances to neurological and even physiological effects.

One notable thing is that these effects are mostly experienced in individuals who are allergic to Sulfa and especially Iodine, since sea moss contains high amounts of Iodine. In addition, if you have thyroid imbalance or are on medication that contains iodine, you may want to cut back on sea moss, as this could get your thyroid out of control.

In addition, if you really have bad allergy, such as the type where you go into anaphylactic shock, you may want to stay off sea moss for the time being. Nonetheless, the benefits sea moss offers far outweigh its risks or side effects. It is a complete mineral and contains perhaps one of the most important nutrients – Iron.

As Dr. Sebi would say,

If you have experienced any effects when using sea moss that you would like to share, please let us know in the comments.

How Do You Eat Soursop? 9 Best Ways!
Next Post:Eat this to Lower High Blood Pressure immediately