Sea moss has been shown to have antimicrobial properties. This makes it a possible candidate for use as a natural disinfectant. However, further research is needed to determine the specific microbes that sea moss kills and how effective it is at killing them.

Some studies showed that sea moss has antimicrobial properties, meaning it can kill certain bacteria, viruses, fungi and parasites. This makes sea moss a potential candidate for use as a natural disinfectant or antibiotic.

Sea moss contains several compounds, including a compound called carrageenan, which is known to have antimicrobial properties. In fact, carrageenan has been used for centuries as a natural preservative and antibacterial agent.

So, while it’s true that sea moss can help to kill harmful microbes, it’s also important to remember that it may also kill beneficial bacteria.

At first glance, sea moss might not seem like a natural candidate for combating fungus. After all, this sea plant is typically found in marine environments and does not resemble the types of substances that are commonly used to kill fungi. So, is sea moss anti-fungal?

One of the lesser-known benefits of sea moss is that it is anti-fungal. This means that it can help to treat fungal infections, such as athlete’s foot and candida. Sea moss contains compounds that kill off fungi and prevent them from growing. It also contains Vitamin C, which helps to boost the immune system and fight off infections.

Research has shown that sea moss contains compounds that can stop the growth of rapidly-multiplying fungal pathogens on dental materials. What’s more, many people have found success with using sea moss as a natural cure for fungal infections on their skin or nails.

So while it may seem like an unlikely choice for fungus control, sea moss does indeed have properties that make it an effective fungicide.

The idea that sea moss has antibacterial properties is one that has been the subject of some debate. While there is some evidence to suggest that certain strains of sea moss can kill harmful bacteria, it is important to take these findings with a grain of salt.

While some studies suggest that certain kinds of seaweeds do show some antibacterial activity, significantly reducing the levels of certain viruses after exposure. However, some other studies noted more research needs to be done before any definitive conclusions can be reached.

Sea moss antibacterial activity may be due to the fact that some good bacteria in symbiotic relationship with some seaweeds produce antibiotic substances. These substances consequently extracted from these bacteria and then used to inhibit the growth of harmful bacteria.

In addition, some extracts of sea weeds were shown to be effective in the prevention of infections in wound dressings.

However, what we do know for sure is that sea moss has a number of other health benefits, including nourishing the skin and boosting immunity. So while it might not be the ultimate cure for all your bacterial woes, sea moss does seem like a great addition to any natural health regimen.

The question of whether or not sea moss can kill viruses is one that has intrigued many scientists over the years. There have been countless studies conducted on the topic, and while they have provided some encouraging results, there is still a great deal of uncertainty surrounding the issue.

Some studies have found that certain types of sea weeds do indeed show potent antiviral activity, significantly reducing the levels of certain viruses after exposure. However, some other studies noted more research needs to be done before any definitive conclusions can be reached.

Sea moss anti-viral activity mostly stems from its polysaccharide content notably carrageen, which has been shown in one study to inhibit the entry of viruses in vitro.

Whether or not sea moss actually kills viruses remains to be seen, but it certainly seems to hold promise as a potential treatment for viral infections like Covid 19.

There’s been a lot of talk lately about the benefits of sea moss, and one of the claims that’s been making the rounds is that it can kill parasites. But does sea moss really have the ability help with parasitic infections?

Yes, sea moss can kill parasites. In fact, it’s been used for centuries as a natural treatment for parasitic infections, particularly ectoparasites. Sea moss and some sea weeds contains biologically active compounds which has been shown to inhibit Plasmodium, that causes Malaria.

The reason that sea moss is so good at killing parasites is because of its natural antimicrobial properties. In addition to being used as a treatment for parasitic infections, sea moss may also have broader applications as an anti-parasitic agent.

Despite its hope as a parasitic agent, can sea moss be used to kill worms? Sea moss may essentially starve parasites of nutrients and weakens their exoskeletons and may even be incredibly effective in eliminating several types of parasitic worms.

There is no doubt that acne is one of the most common skin conditions in the world, affecting more than 17 million people in the United States alone. For those dealing with this troublesome condition, it can often feel like there is no escape from the pesky breakouts and blemishes.

However, some have suggested that sea moss may offer a promising alternative for treating acne. Proponents claim that this plant has potent antibacterial, antimicrobial, and anti-inflammatory properties, making it an ideal weapon against acne-causing bacteria.

Clearly, there is still much research to be done on sea moss and its potential role in preventing and treating acne. But for many people struggling with this frustrating skin condition, it may provide hope for finding relief.

There is limited scientific evidence to support the claim that sea moss has antimicrobial properties. While some research suggests that certain compounds found in sea moss may help fight off certain types of harmful microbes including certain bacteria, viruses, fungi and parasites, some other studies are inconclusive.

Further studies are needed to fully understand the potential benefits and risks of using sea moss as a natural treatment for microbes. In the meantime, it is always best to speak with a healthcare professional before using any natural remedies, including sea moss on the above.

How To Make Sea Moss Soap [+Top 10 Benefits]
Next Post: Does Sea Moss Detox Your Body? 10 Ways to Detox on Sea Moss! 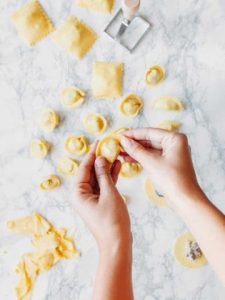