How to Make Sea Moss Gel Without Blender – 3 Ways!

While sea moss gel can be made in a blender, it’s not the only way. If you don’t have access to a blender or simply don’t want to use one, there are other methods that can be just as effective.

Making sea moss gel can be a bit tricky, especially if you don’t have a high-powered blender at home. Luckily, there are several different methods that you can try to achieve the perfect gel without having to use a blender. So, if you’re one of those people, don’t worry – there’s a way to make sea moss gel without using a blender

I know this might sound crazy, but I have tried it and I’ll say it’s doable. Although, the texture and consistency may be quite different from gel made with blender, this option works well for those without the budget for a blender.

So, how do you make sea moss gel without blending? Lets take a look

Do You Have to Blend Sea Moss?

Many people actually think its compulsory to blend se moss before using, the answer is no.

You do not have to blend sea moss. You can derive most of the benefits of sea moss by eating as is just the way you would by blending into gel or powder. You can incorporate sea moss after soaking directly into recipes. And because sea mos gel can also be made without blender, you can make your favorite recipes without the use of a blender.

However you choose to eat it, sea moss is packed with vitamins, and minerals, making it a great addition to any diet. Whether you blend it into smoothies or enjoy it plain or as is, there’s no doubt that sea moss has many health benefits and should be a staple in everyone’s diet.

How to Make Sea Moss Gel without Blender

1. First and foremost, you’ve got to wash your dried sea moss thoroughly under running water. This will remove any dirt and debris that may have ended up in the sea moss during harvesting.

You should soak it for at least 12 hours. I recommend soaking this long to make it more hydrated, since we ain’t blending.

3. Once the sea moss has soaked, simply put sea moss with the soaked water in a pot on the stove and cook on low heat for 15 minutes it until it begins to bubble and break down into a gel. Do not throw out the water after soaking.

4. You can then add whatever flavors you like, or leave plain. Then, simply store it in the fridge for later use. Making sea moss gel without a blender may take a little longer, as you’ll need to really simmer on low heat for long. Do not worry about heat destroying your sea moss ingredients, since this method involves simmering on very low heat.

5. Once it has cooled, use a strainer to strain the sea moss from the water mixture. Store this water in the refrigerator and use when needed.

Note that you can use either the strained gel liquid or eat the sea moss itself. Whenever I make sea moss gel this way, I add the sea moss to salads soups, and noodles. While I use the gel for other recipes like adding to tea or use in my homemade skin care recipes.

There are a few things to keep in mind when boiling sea moss. First, be sure to use enough water so that the sea moss is completely covered. You don’t want it to dry out while it’s cooking. Second, don’t overcook it. Sea moss should be cooked until it’s soft, but not mushy. If you overcook it, the gel will be too thick and may not set properly.

Finally, be sure to cool the gel before using it in recipes. If you add it while it’s still hot, it will thin out the Gel and make it harder to work with.

Caveat: If you’re worried about heat, remember, your raw dried sea moss was prepared with some amount of heat during the drying and packaging process. So it’s really nothing to worry about.

Note that this method won’t give you a thick gel-like texture like the blender method, but its a great option for those who like their gel a little think and watery.

The second method is to soak the sea moss in water overnight. This will help to soften it and make it easier to work with. In the morning, drain off the water (do not discard) and then mash the sea moss with a fork or potato masher. If you do not want to boil your sea moss, this method works great.

Alternatively, you can simmer the sea moss in water for about 15 minutes. This will also help to soften it and make it easier to work with.

Once cooled, mash it with a fork or potato masher. If you find that your sea moss gel is too thick, you can add more water until it reaches the desired consistency.

Thereafter, use a cheesecloth or a nut milk bag to strain the mashed mixture or you can store as is (without straining). Store this mix in the refrigerator.

If you are using powdered sea moss, there is no need to boil it at all – simply mix the sea moss powder with warm water and enjoy.

Mix 2 tablespoons sea moss powder in half a cup of warm spring water. Mix thoroughly and allow to sit in the refrigerator overnight. Your gel should have set and ready to use by morning.

With any of these methods, you should end up with a smooth sea moss gel that is perfect for any recipe.

Should You Boil Sea Moss to Make Gel?

You can boil sea moss to make gel. This is a great way to making gel if you do not have a blender handy. It is a common method for making gel, and it’s pretty straightforward.

Just bring a pot of your rehydrated sea moss and water to boil. Let it cook for 15-20 minutes on low heat, then remove it from the heat and let it cool. Once it’s cooled, you can strain it and add it and store in the refrigerator.

There is a quite a lot of misinformation floating around when it comes to boiling sea moss. While some believe that boiling sea moss degrades the nutrients, this is simply not entirely true.

A study has shown that sea moss actually starts breaking down and losing its nutrient content after only 30 minutes of boiling (on high heat). As a result, a good rule of thumb is to boil your sea moss for no more than 15 to 20 minutes on low heat. Usually, at around the 20 minute mark, it should have softened enough to easily be worked into food or drinks without any chunky bits.

How Do You Boil Sea Moss to Make Gel?

If you want to boil sea moss to make gel, I recommend boiling or simmering on very low heat. Simply soak the dried seamoss in spring water for at least 12 hours or overnight.

After soaking, place the soaked sea moss (with the water) on the stove and heat for 30 minutes or until it starts getting bubbly and thick. Bring down and allow to cool. Then drain the water thereafter, and then store in the refrigerator for up to two weeks.

Boiling the sea moss to make gel often removes the sea taste and makes the nutrients more bioavailable, but it is not necessary. This option suits those who do not want to blend or use a blender.

How Long Should You Boil Sea Moss?

A study has shown that sea moss actually starts breaking down and losing its nutrient content after just 30 minutes of boiling (on high heat). As a result, a good rule of thumb is to boil your sea moss for no more than 20 minutes on low heat. Usually, at around the 20 minute mark, it should have softened enough to easily be worked into food or drinks without any chunky bits.

Of course, if you are using powdered sea moss, there is no need to boil it at all – simply mix it with warm water and enjoy.

Can You Make Sea Moss Gel with Distilled Water?

Traditionally, the sea moss is soaked in spring water for 4 to 12 hours before being blended, but many people wonder if it is possible to make sea moss gel with distilled water.

The answer is yes. You can absolutely make sea moss gel with distilled water. In fact, using distilled water can actually be beneficial, as it doesn’t contain any impurities that may lead to contamination and quick spoilage of your gel.

Does Sea Moss Have to Be in Gel Form?

While sea moss is most commonly made into in gel form, it doesn’t necessarily have to be consumed this way. Sea moss can also be eaten raw or cooked, and it’s often added to soups, stews, and salads.

Whether you consume it in gel form or not, there’s no doubt that sea moss is a nutrient-rich food that offers many potential health benefits.

How Do You Make Sea Moss Gel Smooth?

If you find that your sea moss gel isn’t smooth after using the boiling method or mash method, it’s perhaps time to use the blender.

For best results when it comes to smoothness, try using a food processor or blender to ensure that the moss is evenly distributed throughout the liquid.

Can You Soak Sea Moss Overnight?

After soaking, it is normal for sea moss to expand in size and loose a bit of its original color.

A good water to sea moss ratio for soaking is around two to three times more water than the amount of sea moss you are working with.  Since sea moss expands so much when soaking, you want to make sure you have enough water as the water level lowers from the sea moss absorbing water.

How Does Sea Moss Differ from Other Sea Plants?
Next Post: Dr. Sebi on Rice: What Does He Say? 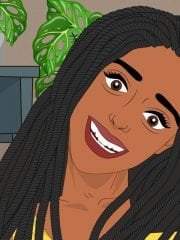 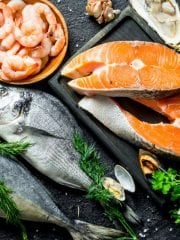 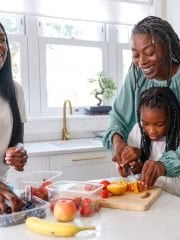 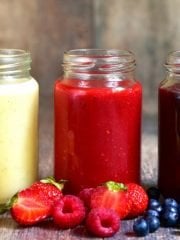 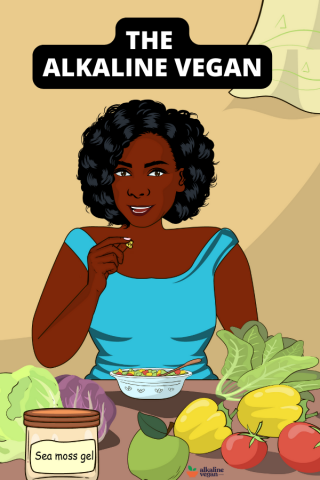