You are here: Home / Alkaline Foods / Who is an Alkaline Vegan?

Who is an Alkaline Vegan?

So, who is an Alkaline Vegan? Is she the same one as a Vegan or even a Vegetarian? Do you often get puzzled about this? Don’t worry, many others are asking the same question, and in this post, we will get down to it!

There’s a lot of misinterpretation about the true origins of the alkaline diet. Many confuse or do not know the difference between a vegan/vegetarian diet on one hand and an Alkaline vegan diet on the other hand.

An Alkaline vegan diet is an “electric” plant based diet that is based on the principles of the Dr. Sebi dietary methodology. This draws from the principle of only natural foods that are alkaline and strictly plant based.

So while it’s okay for a vegetarian to consume eggs or dairy and a vegan to eat other unnatural “animal-free” foods, an Alkaline vegan takes neither but restricts herself to only natural plant based alkaline foods.

So what’s the difference?

There are a few distinctions to note. And all differences range from food to lifestyle habits. Let’s take a look at food…

An Alkaline vegan is one who eats natural plant based foods based on Dr. Sebi Dietary methodology, and as well uses only electric herbs for healing and wellness. This means no animal and animal-based products (including meat, fish, chicken), no dairy products, no eggs and no honey. 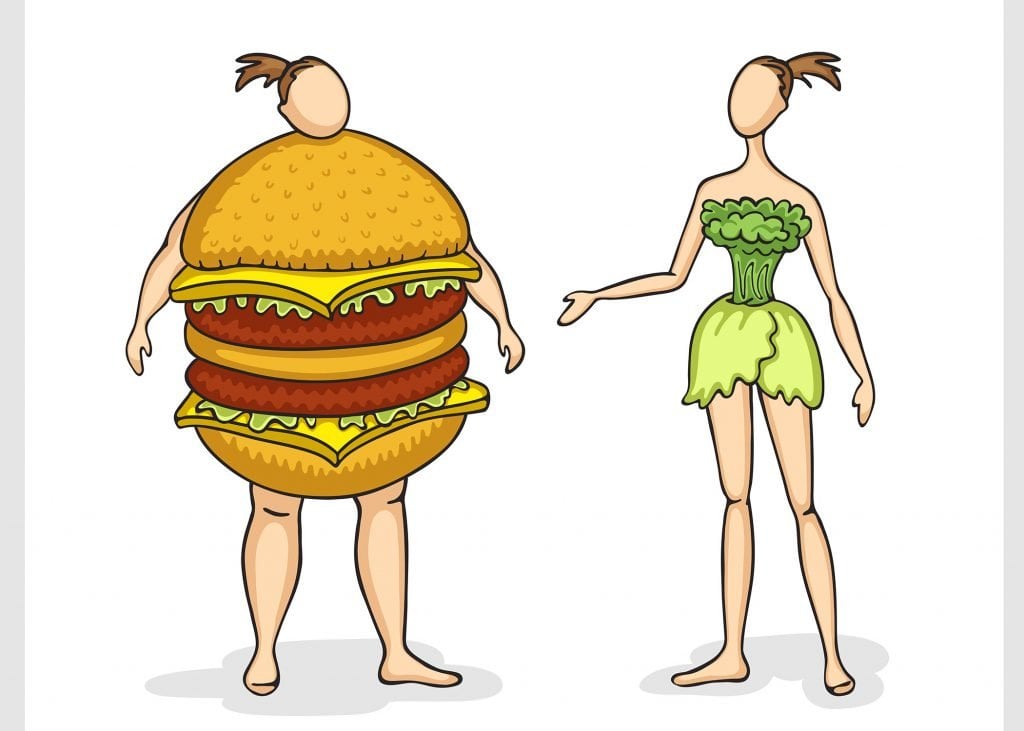 A vegan is one who does not consume any animal and animal by-products as food. This means no animal flesh (beef, poultry or fish), no dairy products, and no eggs. However, some specific animal products such as honey may be acceptable to vegans.

A Vegetarian, on the other hand does not eat meat or animal flesh but are okay with consuming animal by-products such as dairy, and eggs. If this group is delineated further, we can come up with separate sub groups such as Pesco-vegetarian, which includes fish in their diet.

Who is an Alkaline Vegan and why does this matter?

While it’s generally acceptable in the health and food circles that veganism is healthy or healthier than other dietary choices, this is not necessarily so. A point to note in respect to this is that when you critique and look carefully, you’ll begin to see that just being vegan is not as healthy as many would think.

There are hundreds of food choices that are equally as bad or if not, worse than meat or animal products. Take for instance, the consumption of hybrid or GMO foods. Many packaged foods, even though plant based, have been shown to be detrimental to health.

That aside, we have to eat not just healthy, but morally and ethically. We must eat in consonance with our genetic structure, as Dr. Sebi advocates. This provides us the best spring board for health and healing. We must eat foods that are alkaline and nutritious. According to Dr. Sebi, a food substance being nutritious is beyond chemical composition, it must be “live” and contain electricity that would work in tandem with our body’s natural electrical system. And this is where being Alkaline vegan is paramount.

A vegan does not necessarily eats whole foods, plant based (WFPB). A vegan can still consume processed plant foods, which may make little or no difference from being non-vegan. A vegan consumes an acidic diet – a diet high in processed grains, and hybrid foods. Many vegans consume unnatural packaged snacks, processed foods and beverages with harmful additives, chemical preservatives and added sugar. 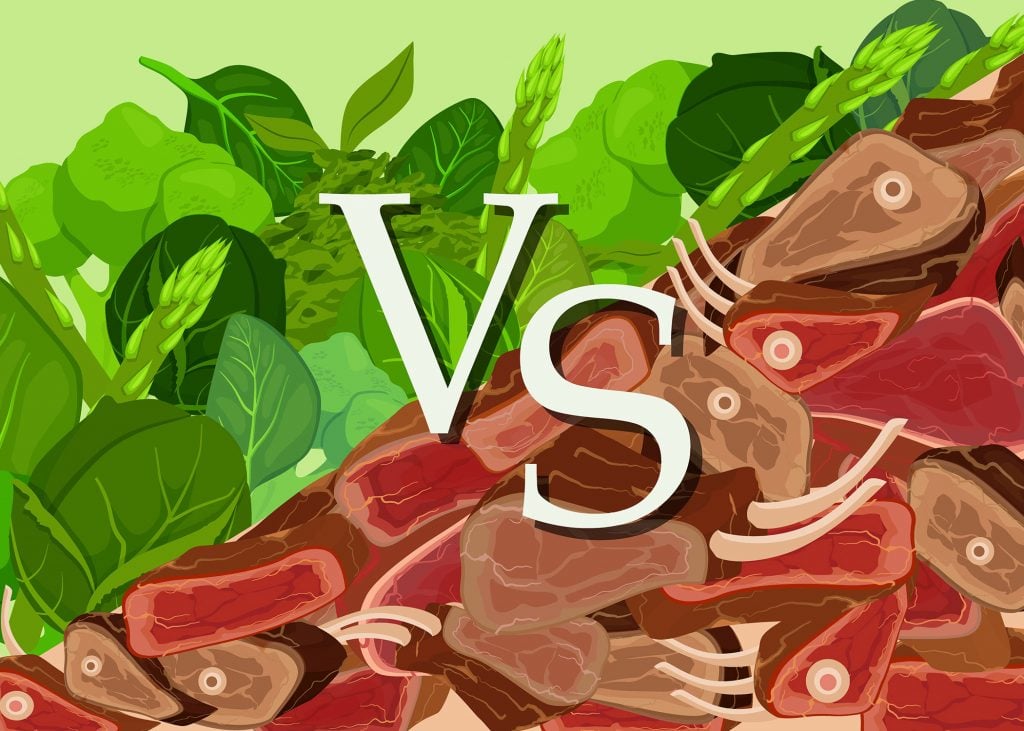 The health and food industry cashing in on the trend of the vegan diet and so, all sorts of packaged foods termed “vegan” are now commonly found in food shelves. But are they necessarily healthy? Vegan junk food are now readily available and growing more than ever. These foods, often termed “animal-free” are often loaded with chemical additives, sugar, table salt, harmful trans fat and hydrogenated oils, and hundreds of non animal ingredients that is as bad for the body.

When you look holistically at these, you’ll realize that a Vegan diet is not as healthy as it seems. There have been quite some argument in Vegan cycles on how healthful the vegan diet is. Whole some cite cases of a significant percentage of vegans who died of cancer and other diseases, this may really not be far fetched if you critically analyze this argument.

So, with that said, who can we say is an Alkaline vegan?

Who is an Alkaline Vegan?

To be frank, a Whole Food Plant based (WFPB) lifestyle inspired by Dr. Sebi is not one bound by hard and fast rules. There are still options for growth and modification as we evolve alongside our ever growing unhealthful food and medical industry. This means that there is possibility for addition and/or subtractions. Unfortunately, the pioneer of this movement passed on, but that behooves us, his followers a responsibility to leverage on his methodology, keep an eagle eye and stay updated on unfolding events.

Inasmuch as many people would want to think of Dr. Sebi diet as being perfect, this is far from it. There isn’t anything that is really perfect. Dr. Sebi’s dietary Protocol was based on the least harmful foods around us. This means some of the foods listed in his nutritional guide may not be 100% perfect, but it’s the best of the worst out there.

So, while it’s okay to see some controversial foods such as veggies like Kale or fruits like key limes, it’s pertinent to understand that while these foods may not be 100% natural, it is the best in their categories. Naturally occurring hybrids such as Kale or key limes and grains like Kamut and Spelt which form part of an Alkaline vegan diet are by far healthier than processed grains typical of a standard vegan diet.

So, that brings us back to the question again – Who really is an Alkaline Vegan?

An Alkaline Vegan is Inspired by Dr. Sebi

An Alkaline Vegan is one who is inspired by the teachings and methodology of Dr. Sebi. This includes following his principles, learning more about his diet, dietary Protocols and lifestyle.

An Alkaline Vegan eats only from Dr. Sebi’s Nutritional Guideline

This includes consumption of natural and alkaline whole plant foods the create the least amount of mucus in the body. These foods are listed in the nutritional guide and they include a short list of vegetables, fruits, whole grains, legumes, nuts and seeds, as well as electric alkaline herbs

An Alkaline Vegan follows the Principles of Dr. Sebi

This includes drinking at least one gallon natural spring water daily, avoiding the use of microwaves, incorporating electric alkaline herbs and spices.

An Alkaline vegan has an innate desire to live natural, preserve genetic structure, and stay insulated from the unhealthful food choices of the world. She wants to live healthier, free from disease and stay in optimum wellness. This is not just limited to food choices but also lifestyle choices. Lifestyle choices can range form use of cosmetics to home products.

An Alkaline vegan leans the most towards natural alternative medicine rather than conventional chemical drugs and pills. So, medicinal herbs and spices are a major bedrock of this lifestyle.

Sea moss and sea moss gel is a common stable in the Alkaline vegan community. In fact, one key way to identify an alkaline vegan is with this powerful sea food advocated vehemently by Dr. Sebi himself. This sea food is perhaps the most mineral-packed food ever known to man. It contains 92 of 102 minerals found in the human body and so, it’s no surprise its the holy grail of the alkaline vegan movement.

While it’s okay to often get confused with understanding the key differences between being Vegan and being Alkaline vegan, a good point to note is that the word “vegan” denotes a diet free from animal products, and that is full of plant-based foods such as vegetables, fruits, nuts and seeds. While this may not be the ultimate goal, starting as a vegan can act as a stepping stone to transition into the alkaline vegan diet.

Making the switch from a vegan to an Alkaline plant based diet inspired by Dr. Sebi perhaps may become easier for a beginner than going directly alkaline vegan from a predominantly animal based lifestyle.

How to Make Sea moss Gel – Two Ways!
Next Post:What Are Burro Bananas? 101 Facts You Need to Know